It’s true that sugar produces the “feel good” neurotransmitters (serotonin and dopamine) that boost our energy and enhance our mood. And while it can give you a rush in the short-run, excessive consumption of sugar, in the long run, can be dangerous to your health.

High sugar consumption has long been linked to weight gain and the development of obesity and lifestyle diseases such as heart disease and diabetes. More recent studies show a diet high in added sugar can also impair brain function and cognitive ability.

A study following 8,000 people for 22 years showed that men who consumed 67 grams or more of sugar per day were 23% more likely to develop depression than men who ate less than 40 grams per day.

And another study in over 69,000 women demonstrated that those with the highest intakes of added sugars had a significantly greater risk of depression, compared to those with the lowest intakes.

Does Your Brain Need Sugar?

The brain is the most energy-demanding organ of the body and is critically dependent on a daily supply of a quarter of a pound of glucose, its main energy source, to generate the ATP it needs to function. Due to sugar cravings and other unhealthy eating habits, your brain may be practically surrounded by sugar but unable to utilize it, as it cannot convert this sugar into energy (glucose).

Glucose is what sugar becomes once it has been digested by your body, and it is your body’s primary source of energy. Your brain also requires a certain level of glucose to continue functioning; the brain cells take sugar directly from the bloodstream and transport it to the brain. Now that there is sugar in the brain, insulin must be used to rework this sugar into energy your brain can use.

A high intake of simple sugars can make cells, including those in the brain, insulin resistant. Insulin is a hormone that regulates blood levels of sugar. If the cells in your brain cannot get the energy they need from the glucose, they will die out, which leads to brain damage.

Sucrose and high fructose corn syrup are liquid sweeteners often added to processed foods and common beverages such as soft drinks and juices. These added sugars are quickly absorbed in the blood where it lowers the production of brain-derived neurotrophic factor (BDNF), a substance known to influence the formation of new memories and regulate learning. Individuals with impaired glucose tolerance were found to have low levels of this chemical. Low levels of BDNF have also been associated with depression and dementia.

How Can You Stop Your Sugar Cravings?

Does Sugar Cause Depression or Anxiety?

A growing body of evidence suggests a relationship between mood and blood sugar, or glycemic highs and lows. Symptoms of poor glycemic regulation have been shown to closely mirror mental health symptoms, such as irritability, anxiety, and worry. This should come as no surprise, knowing that the brain runs primarily on glucose.

Sugar suppresses the activity of BDNF, which is low in individuals with depression and schizophrenia. Sugar is also at the root of chronic inflammation, which impacts the immune system, the brain, and other systems in the body; inflammation has also been noted as a factor in depression.

Sugar appears to worsen anxiety symptoms and impair the body’s ability to cope with stress. Sugar can cause blurry vision, difficulty thinking, and fatigue, all of which may be interpreted as signs of a panic attack and increase a person’s worry and fear. A sugar high and subsequent crash can cause shaking and tension, which can also make anxiety worse.

Learn More
PrevPreviousHow Can I Boost My Energy? 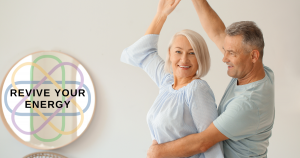