Each DOPA Maxx capsule contains 600mg of L-tyrosine, a free form, proteogenic, non-essential amino acid that the body can convert to dopamine, epinephrine, and norepinephrine. These neurotransmitters are known primarily to increase mental alertness and focus, as well as preserve memory function under stressful conditions. 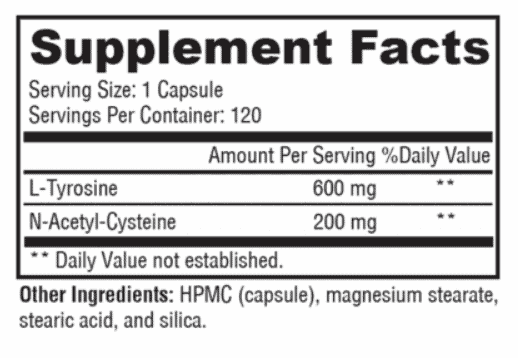 Directions: Take 1 to 3 capsules once or twice a day as directed by a licensed healthcare practitioner, preferably one hour before or two hours after a meal.

Caution: Dietary supplements should be taken only under the supervision of a knowledgeable healthcare provider. Keep out of reach of children.

Tyrosine, or 4-hydroxyphenylalanine, a proteogenic, non-essential amino acid that can be synthesized in the body from phenylalanine, is converted into dopamine, epinephrine, and norepinephrine. Although present in foods such as dairy, eggs, soy, peanuts, sesame, seaweed, avocados, bananas, poultry, lima beans, and others, tyrosine, when consumed in food, must compete for absorption with the other amino acids present. Taken as a supplement, tyrosine does not have to compete with other amino acids and, therefore, its full benefits can be realized.

Stress conditions, such as a cold environment, psychological stress, sleep deprivation, and strenuous, prolonged athletic activity, appear to reduce the body’s ability to convert phenylalanine to tyrosine. This underproduction may manifest itself as poor memory and performance. Tyrosine, as a precursor for catecholamine synthesis, presumably augments brain catecholamine levels and improves working memory under stress. Tyrosine also supports adrenal and pituitary function, and may increase thyroid hormone. Additionally, it is necessary for production of the skin pigment, melanin. Oral contraceptives may cause a decline in tyrosine plasma levels, possibly because estrogen can increase glucocorticoid levels. This, in turn, elevates levels of tyrosine aminotransferase, which degrades tyrosine in the liver. Although increased dopamine may be beneficial in some circumstances, excessive synthesis of this neurotransmitter generates hydoxy radicals that stress glutathione levels.

N-acetyl cysteine (NAC), a derivative of the amino acid, L-cysteine, is the precursor to glutathione and helps augment the body’s reserve of this important antioxidant. It has been included in this formula primarily to protect the neurons against dopamine toxicity. However, NAC also lessens the load on the methylation cycle, thereby decreasing the load on the THB cycle and promoting the conversion of tyrosine to dopamine. Only a percentage of the tyrosine consumed will make it into the brain for conversion to catecholamines. The rest will be picked up for structural protein usage, etc. The only component that needs to be balanced with a glutathione precursor is the portion of tyrosine that is converted into catecholamines. For this reason, less NAC than tyrosine is present.

The IP Formula line provides quality brain nutrition at affordable prices. Our line of brain vitamins, amino acid supplements and omega 3 fatty acids help to increase brain function and stabilize mood and weight issues by supplying the brain food that is not being supplied or absorbed from your diet.

All of our products are manufactured in a state of the art and NNFA GMP Certified production facility. Our goal is to provide the highest quality nutritional brain supplements at prices that are affordable.

We guarantee that our products meet label potency, are void of all toxic metals or microbial contaminants, and are made in a hygienic environment, our herbals are authentic and active, and a standard operating procedure (SOP) is in use for all aspects of production. 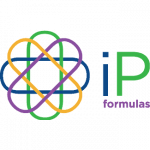 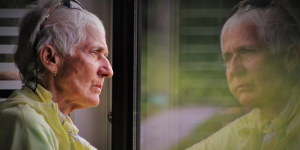 Can Sugar Affect My Memory?