Alpha-Lipoic Acid 100 mg by Douglas Labs deliver 100 mg of pure alpha-lipoic acid. Alpha-lipoic acid is a non-vitamin coenzyme that carries out important metabolic and antioxidant functions in the body.

More Info:
Alpha-lipoic acid may be a beneficial dietary supplement for those concerned about a more complete antioxidant defense system and maintaining proper glucose metabolism. Dietary and supplementary alpha-lipoic acid is efficiently absorbed, transported to the tissues, and readily taken up by the cells.

Alpha-lipoic acid is a nutritional coenzyme that is involved in energy metabolism of proteins, carbohydrates and fats, has physiological functions in blood glucose disposal, and is able to scavenge a number of free radicals. Alpha-lipoic acid is a fat- and water-soluble, sulfur-containing coenzyme. It functions in the body much like a B-vitamin, since it is involved in energy production.

As part of several multi-enzyme complexes located in the mitochondria, alpha-lipoic acid is essential for metabolizing carbohydrates, proteins, and fats, and for the conversion of their energy into ATP. Two of these enzyme complexes, PDH (pyruvate dehydrogenase) and alpha-KGDH (alpha-ketoglutarate dehydrogenase) are part of the citric acid cycle (Krebs cycle), and as such assume a central role for general energy production. Another lipoic acid containing enzyme complex, BCKADH (branched-chain keto-acid dehydrogenase), is involved in deriving energy from the branched chain amino acids, leucine, isoleucine, and valine.

A related metabolic function of alpha-lipoic acid is its role in blood glucose disposal. This important coenzyme appears to be necessary for the normal transport of blood glucose into the cell. This may be explained by its functions in the glucose metabolizing enzymes, PDH and alpha-KGDH, but some researchers suspect a more direct role in cellular glucose uptake at the cell membrane.

Alpha-lipoic occurs naturally in foods and functions in the body as a coenzyme involved in carbohydrate metabolism, as well as a natural antioxidant.

Dosage:
As a dietary supplement, adults take 1 to 2 tablets daily, or as directed by your healthcare professional.

WARNINGS:
Keep out of reach of children.

Tamper resistant package, do not use if outer seal is missing. 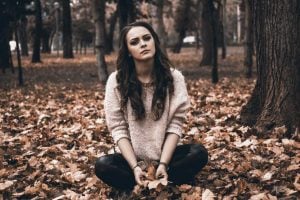