Diabetes or hyperglycemia is rapidly becoming one of the most significant health hazards in the industrialized world. It has been estimated that nearly 21 million people suffer from diabetes in the United States alone; of these, 90% to 95% have what is known as type 2 diabetes.

One of the most troubling aspects of this epidemic is that most cases of type 2 diabetes could have been avoided. Americans consume tremendous amounts of refined sugars and carbohydrates each year – a major contributor in the high incidence of the disease. The good news is that, through proper nutrition, natural supplements and a healthy amount of exercise, type 2 diabetes can be controlled or even reversed.

Diabetes mellitus, commonly referred to simply as diabetes, is a series of metabolic disorders resulting from excessive blood sugar (glucose). In patients with diabetes, there is a deficiency in the body’s ability to secrete or utilize insulin, the hormone which regulates the way we metabolize glucose.

There are two major types of diabetes:

Type 1 diabetes, or insulin-dependent diabetes, is an autoimmune disorder which prevents the pancreas from producing insulin; this form of the disease only occurs in about 5% – 10% of diabetes patients, and it requires treatment with daily insulin.

Type 2 diabetes, or non-insulin-dependent diabetes, occurs when the body develops a resistance to insulin. The pancreas still produces insulin, often in higher-than-normal quantities, but the cells of the body exhibit a lack of sensitivity to it and are unable to utilize it in adequate amounts.

While genetics play a role in an individual’s likelihood of developing type 2 diabetes, the risks imposed by obesity, poor nutrition, and lack of exercise are of great significance.

Obesity is a major factor in the development of type 2 diabetes, and this is true for children as well as adults. It has been estimated that the risk of developing the disease doubles for every 20% increase in body weight.

Research has shown that obesity causes stress on the cell membrane called the endoplasmic reticulum, or ER. This stress causes the ER to suppress signals from insulin, leading to insulin resistance in the body.

The average American diet includes an excessive degree of sugar consumption. Refined sugars are present in large quantities in everyday items such as white bread and other white flour products, commercial juice drinks, sodas, many processed foods, and condiments like ketchup and mustard. Even so-called “healthy” packaged cereals contain a large amount of refined sugar.

Although it may come as a surprise to many people, low-fat and reduced-fat foods often contain a greater amount of sugar than their conventional counterparts; more sugars are added to compensate for the flavor lost by removing fat from the product.

Refined sugars and other carbohydrates are broken down into glucose, which is the primary source of fuel for our bodies. The hormone insulin, produced in the pancreas, is the messenger which signals cells to turn the glucose into energy. When we eat too much sugar, our cells are bombarded with glucose, triggering an increase in insulin production. Eventually, the insulin receptors on the cells begin to malfunction, leading to insulin resistance. This sets off the over-production of insulin, which in turn leads to greater insulin resistance, creating a vicious cycle.

– Habitually Sedentary Lifestyle
While lack of exercise itself is not a direct cause of diabetes, it can lead to excessive weight gain and put an individual at increased risk for the disease. Exercise helps to regulate body weight and improve metabolic function.

Diabetes symptoms vary from one individual to another, but typically include the following:

Uncontrolled diabetes can lead to serious, even life-threatening complications:

– Diabetic coma, which is brought on by severe dehydration caused by the liver’s attempts to rid the body of excess glucose.

– Diabetic retinopathy, triggered by damage to the blood vessels of the eye due to excess glucose. Over time, this can cause scarring or detachment of the retina, leading to impaired vision. Diabetes also increases the risk for cataracts and glaucoma.

– Heart disease. Diabetes may accelerate hardening of the arteries, increasing the risk of angina, heart attack, stroke, and pain in the back and lower extremities.

– Kidney disease. When diabetes progresses, the kidneys eventually lose their ability to filter toxins from the blood. Dialysis then becomes necessary to rid the body of waste materials.

– Nerve damage (diabetic neuropathy). Diabetes damages the blood vessels, eventually limiting the supply of blood to the nerves. When this happens, nerve damage ensues, especially in the lower extremities. In turn, nerve damage is responsible for pain, increased injury and infection of the legs and feet.

Too often, treatment for diabetes targets the symptoms, rather than the underlying problem. While medications can alleviate some of the complications caused by diabetes, they can also compound the problem. Natural treatment of diabetes addresses the root cause of the disease.

– Diet
The link between diabetes and sugar is clear. Consuming a diet designed to lower blood sugar is of utmost importance in controlling type 2 diabetes.

Some foods that help lower blood sugar:
– Lean proteins, such as chicken and fish;
– Soluble fibers, found in fruits, vegetables, and legumes – these slow the absorption of glucose;
– Insoluble fibers, such as whole grains, nuts, and brown rice.

Additionally, foods high in simple carbohydrates (think junk food) and saturated fats should be avoided as much as possible. In short, following the nutritional guidelines that everyone should follow is the best way to ensure a healthy diet that will help in keeping glucose levels under control.

The Importance of Exercise

Maintaining a healthy body weight is an integral part of controlling diabetes. Excess body fat inhibits the body’s ability to use insulin. Losing weight increases the ability of the body to control glucose levels. Many diabetics have found that they were able to decrease their body weight through exercise and lessen their dependence on medication to control the disease.

In addition, exercise improves the functioning of our metabolic processes, keeping blood sugar levels in check and increasing overall health.

Natural blood sugar supplements can be extremely beneficial in lowering blood sugar levels and improving body function. The effects of diabetes are also known to deplete the body of important nutrients, and taking vitamin supplements is important to make up for this loss.

Blood Sugar supplements are specifically designed to control blood sugar while restoring vital nutrients to the body. Additionally, supplements for pancreas support can help restore optimal function to the pancreas, the organ which produces insulin.

– Herbs for blood sugar often contain one or more of the following herbs, which have been identified as helpful in controlling blood sugar:

Being diagnosed with type 2 diabetes can be frightening. But by keeping to a healthy diet, getting plenty of exercise, and taking the appropriate nutritional supplements, it is possible to live a normal and healthy lifestyle.

Below are just some of our Nurtitional Support Products below for healthy blood sugar. 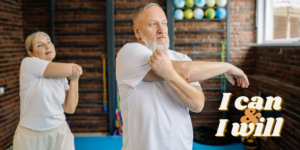 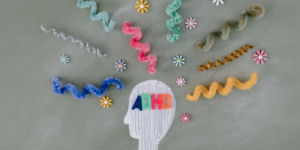