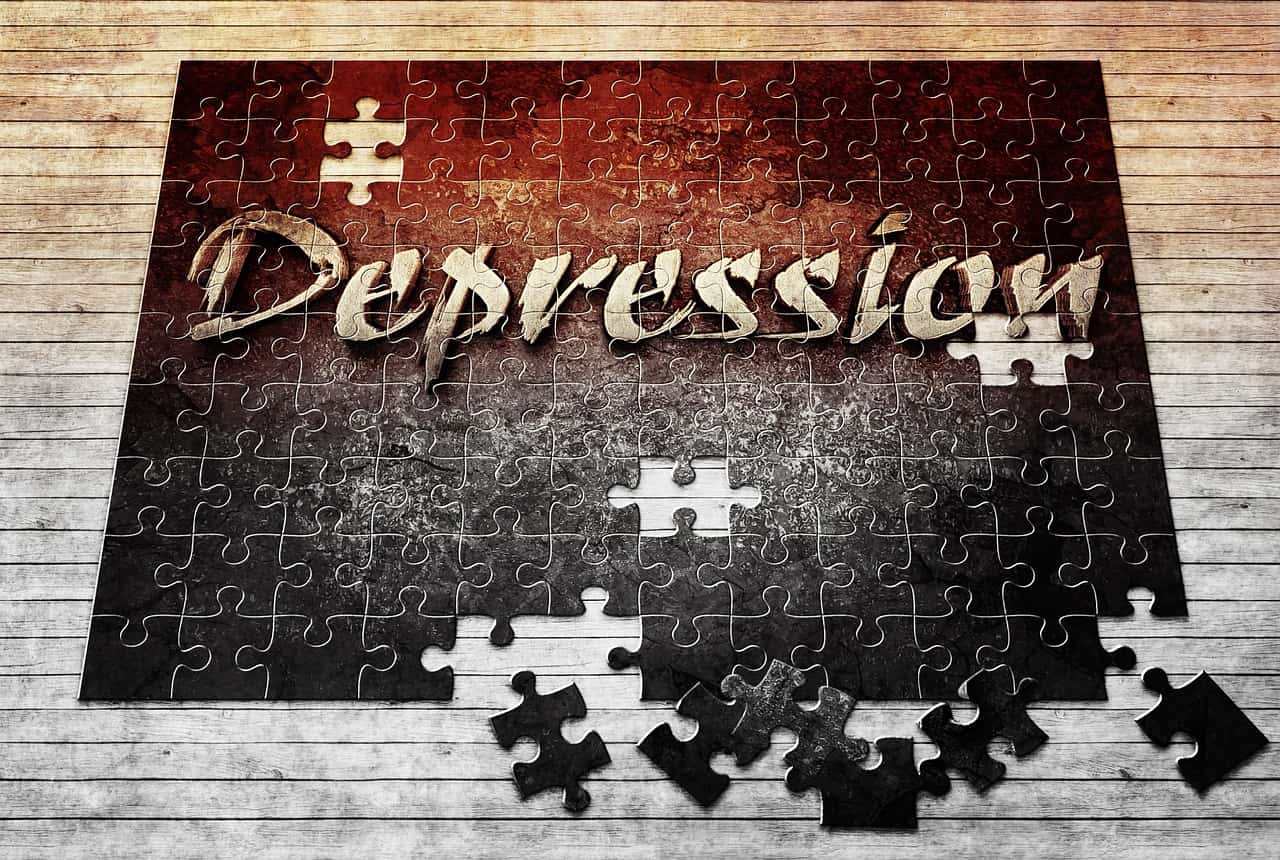 Major depression is a serious medical illness affecting 9.9 million American adults, or approximately 5 percent of the adult population in a given year. Unlike normal emotional experiences of sadness, loss, or passing mood states, major depression is persistent and can significantly interfere with an individual’s thoughts, behavior, mood, activity, and physical health. Depression is typically treated with anti-depressant medications such as Prozac. Amino Acid Therapy can be a well-tolerated and effective alternative to prescription antidepressants for many patients.

Find out more about the Targeted Amino Acid Supplements we have available!

To be diagnosed with clinical depression, at least five of the nine symptoms below must be present for two weeks or more, most of the time, almost every day.

One of the leading factors associated with depression is reduced levels of the neurotransmitters norepinephrine, serotonin, and dopamine (the amine theory) (Hou C et al 2006; Prange AJ et al 1974). It is likely that several factors, including a genetic predisposition and hormone imbalances, work together in any particular individual to bring on a depressive episode. There is also evidence that the structure of the brain itself may be altered in depression, especially the hippocampus (Campbell S et al 2004), although few studies have been conducted on effective treatment for these changes. Other factors that may contribute to depression include oxidative stress, which can cause cell membrane and DNA destruction in the brain (Khanzode SD et al 2003), inflammation (Elenkov IJ et al 2005), and hyperactivity of the hypothalamic-pituitary-adrenal (HPA) axis (Antonijevic IA 2006).

For many years, it has been known in medicine that low levels of these neurotransmitters can cause many diseases and illnesses. A neurotransmitter imbalance can cause depression, anxiety, panic attacks, insomnia, irritable bowel, hormone dysfunction, eating disorders, Fibromyalgia, obsessions, compulsions, adrenal dysfunction, chronic pain, migraine headaches, and even early death. The most common neurotransmitter imbalances targeted by the pharmaceutical industry are Dopamine, GABA, Glutamate, Norepinephrine, and Serotonin.

The blood-brain-barrier is a protective barrier that helps to keep out dangerous substances and maintain a steady environment for the brain. It also prevents many neurotransmitters in the body from accessing the brain, therefore using amino acids (neurotransmitter precursors) in certain combinations, and with appropriate administration timing allows us to manufacture more of the specific mood-elevating neurotransmitters in the brain. Because amino acids compete with other Large Neutral Amino Acids for access to the brain, it is important to control the timing of protein-containing foods when products containing precursors are taken.  High protein foods and protein powders increase the levels of all these amino acids and this actually decreases the synthesis of serotonin in the brain. Taking precursor amino acids such as tyrosine and 5 HTP with a carbohydrate and away from a protein meal will ensure increased conversion to the desired mood repairing neurotransmitters.

Dopamine, Epinephrine, and Norepinephrine, (catecholamines), are responsible for motivation, energy, interest, sexual functioning, pleasure/reward, drive, attention, and concentration. They are associated with positive stress states such as being in love, exercising, listening to music, and sex. Deficient levels contribute to difficulty initiating or completing tasks, depression, poor concentration, low energy, and lack of motivation. Addictive behaviors such as alcohol, drug use, cigarettes, gambling, and overeating may occur.

One study has concluded that tyrosine can protect against some forms of environmental stress. Subjects were given a 100 mg/kg dose of tyrosine and then exposed for 4.5 hours to cold and hypoxia in this double-blind, placebo-controlled crossover study. Tyrosine was reported to significantly decrease adverse symptoms, including mood and performance impairment. Follow-up is needed.

GABA (Gama amino butyric acid) is the major inhibitory neurotransmitter of the brain, it keeps the excitatory system from becoming overactive, relaxes and calms. Low levels are associated with substance abuse, anxiety, depression, panic attacks, seizures, and mood swings. This neurotransmitter and its receptors are the target of addictive drugs such as Ativan and Xanax.

Glutamate is the major excitatory neurotransmitter in the brain. It is required for learning and memory. Low levels can lead to tiredness and poor brain activity. Increased levels of glutamate can cause death to the neurons (nerve cells) in the brain, a symptom of this would be memory loss. Dysfunction in glutamate levels are involved in many neurodegenerative diseases such as Alzheimer’s disease, Parkinson’s, Huntington’s, and Tourette’s. High levels also contribute to depression, OCD, and autism.

Theanine may have both mood-enhancing and nootropic properties. It helps support GABA and the inhibitory system to calm down overstimulated nerve cells. It works to prevent neurotransmitter over stimulation, keeping the excitatory system in balance. This amino acid has been studied extensively for its ability to reduce the uptake of the excitatory (stimulating) amino acid glutamate and balance out how much Serotonin, dopamine, and norepinephrine is excreted. Theanine has been found to have a protective effect for the brain’s neurons shielding them from the deadly toxic effects of oxidation and glutamate overstimulation.

Serotonin is key to our feelings of happiness and very important for our emotions because it helps defend against both anxiety and depression. Symptoms of depletion include a sad depressed mood, anxiety, panic attacks, low energy, migraines, sleeping problems, obsession or compulsions, feel tense and irritable, crave sweets, and have a reduced interest in sex. Additionally, hormones and Estrogen levels can affect serotonin levels and this may explain why some women have pre-menstrual and menopausal mood problems. Moreover, stress can greatly reduce serotonin supplies.

5-Hydroxytryptophan is the immediate precursor in the biosynthesis of the neurotransmitter 5-hydroxytryptamine (5-HT or serotonin). The mechanism of the possible antidepressant activity of 5-HTPis accounted for by its conversion to the neurotransmitter serotonin which plays a central role in the affective state. While the blood-brain-barrier is very good at excluding molecules that are large and/or charged, small lipophilic molecules like 5-HTP can cross the blood-brain barrier easily.

There is some evidence that 5-HTP has some analgesic activity in those with Fibromyalgia, and in one study, 5-HTP was found to have some beneficial effect in those with chronic tension headaches. 5-HTP has also been found to increase beta-endorphin and platelet met-enkephalin levels, which may signify a reinforcing effect upon endogenous analgesic effect.

L-Tryptophan is the precursor to Serotonin, a neurotransmitter in the brain, which is deficient in depression. L-Tryptophan is a natural relaxant and helps alleviate insomnia by inducing normal sleep. L-Tryptophan reduces anxiety & depression; helps in the treatment of migraine headaches; helps the immune system; helps reduce the risk of artery & heart spasms.

Folic Acid  Vital for a healthy nervous system. Low levels are associated with depression and dementia. Helps prevent and lower toxic Homocysteine which can cause heart attacks and strokes. Folic acid is a required nutrient for the formation of many neurotransmitters.

Vitamin B6 Pyridoxyl 5′ Phosphate is the active co enzymatic form of B6. Pyridoxyl-5-Phosphate is required for amino acid and fatty acid metabolism, and in the production of Serotonin and other key neurotransmitters. It is vital to prevent the production of toxic Homocysteine and in the methylation process which coverts one neurotransmitter into another.

Required for neurological health and fatty acid metabolism. Deficiency of Vitamin B-12 results in pernicious anemia and fatigue. Vitamin B-12 is stored in the liver and affects the neurological systems. Besides anemia, B-12 deficiency may include dementia, depression, and poor attention span as a result of neurological degeneration.

Amino Acids can be a well-tolerated and effective alternative to prescription antidepressants for many patients. They often work within days instead of weeks with little to no side effects.

Find out more about the Targeted Amino Acid Supplements we have available!

Campbell S, Macqueen G. The role of the hippocampus in the pathophysiology of major depression. J Psychiatry Neurosci. 2004 Nov;29(6):417–26.

Learn More
PrevPreviousNeurotransmitter Testing: What Can It Do For You?
NextLow Motivation? Check Your Dopamine LevelNext 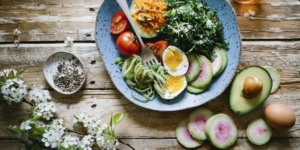