Pyroluria is a genetically acquired chemical imbalance in which the body produces an abnormally large number of pyrroles. A pyrrole is a chemical consisting of a 5 membered aromatic ring. These chemicals are the byproduct of hemoglobin synthesis and have no known function in the body; they are normally excreted in the urine. Most people have very few pyrroles in their system at any given time; certain individuals, however, have an unusually high number of pyrroles in their bodies, resulting in a condition known as pyroluria.

Also known as Mauve Factor (due to the mauve color visible on testing paper during urinalysis) or pyrrole disorder, pyroluria occurs when the pyrroles bind to pyroxidine (vitamin B6) and zinc, causing these vital nutrients to be excreted from the body in large amounts.

Deficiencies of B6 and zinc are associated with a wide range of emotional and psychiatric problems. Nervousness, extreme irritability, anxiety, depression, short-term memory problems, and explosive anger have all been linked to pyroluria. A large percentage of patients with psychiatric disorders such as schizophrenia exhibit high levels of pyrroles; alcoholics and emotionally disturbed children also tend to have an abnormally high pyrrole count.

In addition, zinc deficiencies have been associated with a number of physiological disorders, including poor immune function, poor growth, and delayed sexual development. Because zinc and B6 are so important to both our overall physical and mental health, identifying and treating this devastating condition is critical.

Individuals with pyroluria exhibit a wide range of physical, emotional and cognitive symptoms; some common characteristics of pyrolurics are described here:

With such a wide range of symptoms, pyroluria is frequently misdiagnosed, and therefore often treated inappropriately. While patients exhibiting certain symptoms such as depression and anxiety often experience some degree of relief from antidepressant medications, these effects are temporary and do not resolve the underlying problem.

Proper identification of pyroluria is critical to its successful treatment; individuals with the disorder often experience immediate improvement of their symptoms once a treatment plan has been implemented.

Pyroluria testing typically consists of laboratory analysis of the urine for kryptopyrroles. Metabolic testing can detect elevated pyrrole levels, a positive indicator for the disease, as well as deficiencies in certain nutrients that are necessary for brain health.

Pyrolurics generally respond very well to nutritional treatments which emphasize zinc and B6 supplementation. Many patients experience some degree of relief within several days of treatment, and most undergo substantial recovery within 3 to 6 months. However, it is important to remember that treating this disease is an ongoing, lifelong process; those who discontinue treatment typically experience a near-immediate return of their symptoms.

Because treatment for pyroluria is nutritional, rather than pharmacological, some adjustment may be necessary to determine the correct amount of zinc and B6 supplementation on an individual basis. Pyroluria supplements also contain several other nutrients in order to provide the most effective treatment:

The symptoms of pyroluria are frequently mistaken for signs of other illnesses; all too often, doctors prescribe medications to treat the overt symptoms without taking the time to further investigate their root cause. With the appropriate lab testing, your health care provider can determine the core problem. Once a pyrrole disorder has been identified, you will be able to take the measures necessary to correct the problem, improving your health and your overall quality of life. 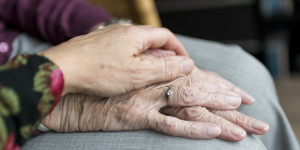 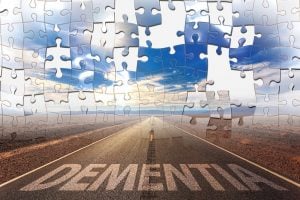