Arthritis: What is It, Its Causes, Symptoms & Natural Remedies

Arthritis is a group of conditions that lead to joint damage, and it is the leading cause of disability in people over the age of fifty-five, although it has been seen in patients of all ages. It is estimated that as many as 1-in-3 adults in the US suffer from chronic joint pain symptoms or arthritis.

There are actually many different forms of arthritis, and each form has a different cause and frequently a different treatment.

The most common form of arthritis is osteoarthritis (degenerative joint disease), which can be triggered in any joint by trauma, infection, and bone degeneration such as that experienced during menopause. Osteoarthritis commonly affects weight-bearing joints such as the knees, hips, spine and feet. Osteoarthritis of the hands is more common in women as they go through the menopause.

The second most common form of arthritis is rheumatoid arthritis. Like psoriatic arthritis, rheumatoid arthritis (RA) is an autoimmune disease in which the body attacks itself – attacking the joints where it causes inflammation and destruction. RA can also damage some organs, such as the lungs and skin.

Other arthritis forms are:

If you suffer from joint pain, stiffness or swelling, and you experience these symptoms for more than two weeks at a time, you may have arthritis. Make an appointment with your doctor to get a proper diagnosis to know for sure.

Arthritis is not always a disorder that occurs by itself. Frequently, patients are struck with arthritis, as the result of another illness or disease. This is another reason why one should visit a doctor if symptoms of arthritis are showing up. It is always better to be safe than sorry.

Here is a list of illnesses that can create arthritic conditions in patients:

As you can see, some of these illnesses are very serious, so it is very important that if you are just now beginning to see arthritic symptoms, please visit your doctor for a proper diagnosis.

There are also other conditions that can mimic the symptoms of arthritis. They include:

There is literally a huge choice of pharmaceutical drugs that a doctor can pull from his or her bag of tricks to help treat the various forms of arthritis.

An individual’s response to specific drugs can vary, and each drug has its potential side effects and adverse reactions. As a result, finding the most effective combination of arthritis drugs, for the individual patient, can be a very difficult process. Patients should become knowledgeable about the various arthritis drugs and their range of potential side effects, so they can make educated decisions with the help of their doctor.

Joint supplements offer a real alternative for people who desire to avoid the potential side effects of over-the-counter as well as prescription anti-inflammatory drugs such as Vioxx, Celebrex, Bextra and others. Sometimes the side effects of drugs can be worse than the original symptoms. For example, Vioxx and Bextra, were pulled from the market due to an increased risk of heart disease, stroke and lethal skin conditions.

The most attractive consideration of many natural jointsupplements is that they are safe, and have not been shown to cause any strange side effects, like some of those caused by pharmaceuticals.

Here are some of the more popular joint supplements:

1) Glucosamine & Chondroitin are two of the more popular arthritis relief supplements. These are found naturally in the body, and as a supplement, they can aid in promoting good joint health and reliable joint repair.

2) MSM is a naturally occurring sulfur compound that behaves as an anti-inflammatory. MSM can reduce swelling in the same way that many arthritis medications are designed to do, but without the side effects of putting pharmaceutical chemicals into your body.

3) Manganese is an important antioxidant nutrient that has been shown to facilitate enzymes and slow the aging process. It is useful in the effective treatment of rheumatoid arthritis.

4) Niacinamide (Vitamin B3) has been shown to be effective in the maintenance of the integrity of cells and tissues, which will slow the progression of arthritis in most people.

5) Turmeric and Ginger Extract are two powerful anti-inflammatory herbal extracts that have been shown to be more effective than NSAIDs in the treatment of the rheumatoid and osteoarthritis.

6) Boswellia and White willow bark are herbal anti inflammatories that are effective yet gental on the stomach.

When you first start showing symptoms for arthritis, please go to your doctor and get a proper diagnosis. Arthritis is a disease that can stand on its own, but it is often a symptom of a more serious illness. It is important to eliminate the possible variations in diagnosis, to make sure that the treatment regimen you select is the most appropriate. 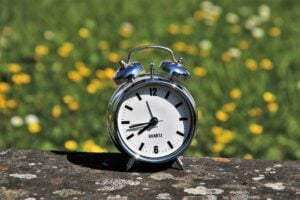 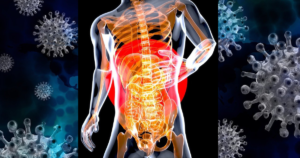